Mardi Gras is the celebration season before Lent that sees recognition all over the western world and the Middle east, but has found its center in New Orleans. Going by various names, one of which is,Fat Tuesday, Mardi Gras has been celebrated for at least 400 years and it is a point of contention whether its first celebration was in Mobile Alabama, or New Orleans, Louisiana. Some Eastern Christian views state this was to celebrate Jesus’ baptism, but the original reason is debated and nobody is sure. Since its inception, it has become a must-attend event to almost everybody in the united states.

Cajuns are one of the most unique cultural ethnic groups in the United States; Mostly found in Southern Louisiana they have strong French influences, from their special Dialect “Cajun french,” to their folklore, music and of course, their food. This cultural backdrop has become a perfect place for Mardi Gras celebrations to the point that they have become inescapably intertwined.

This Handcrafted Reliquary set displays multiple aspects made from multiple materials. The ten dice set features a rarity, even for us; Multiple different woods in one set. This poly set is made of three different, very hard, woods, Purple heart, Yellow Heart and Argentinian Lignum Vitae this is important for this box set to show that New Orleans culture is not only beautiful, but resilient aswell. The Reliquary is made of maple, with Marquetry that features the three woods mentioned above.

Meant to show the soul of New Orleans, this hand crafted reliquary shows hand-lain marquetry in the shape of a feathery masquerade mask that is so common during this holiday season. The Handmade Marquetry brings Yellow Heart, Purple Heart, and Argentinian Lignum Vitae together to make a box that is uniquely New Orlean. The D6’s are made of Yellow Heart, The D8, D12s and D%s are made of ALV, and the D20, D4, and D10 are Purple Heart. All of these Dice have been laser engraved and the highest numbers hold a Fleur De Liz to show the French influence on this unique culture. 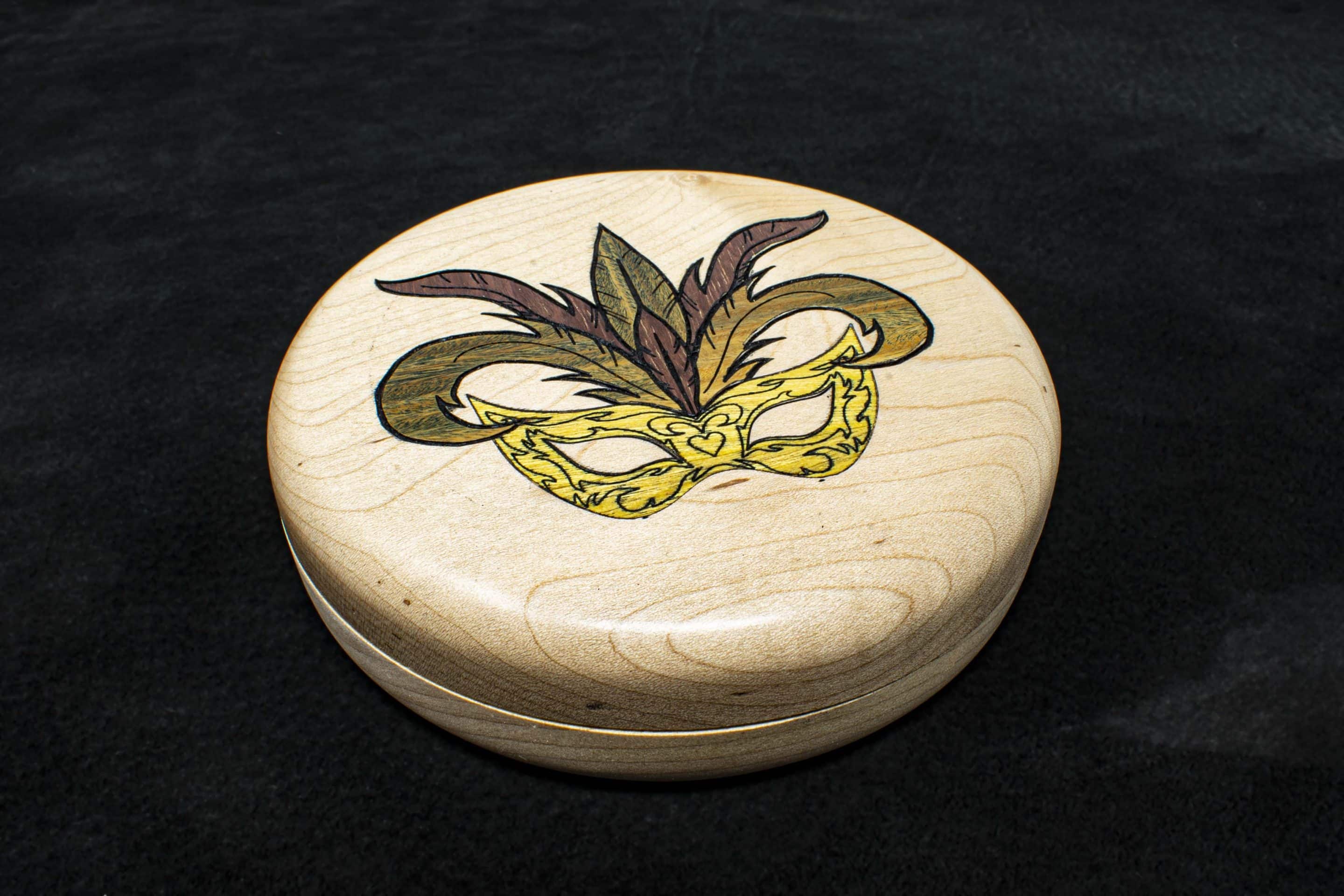 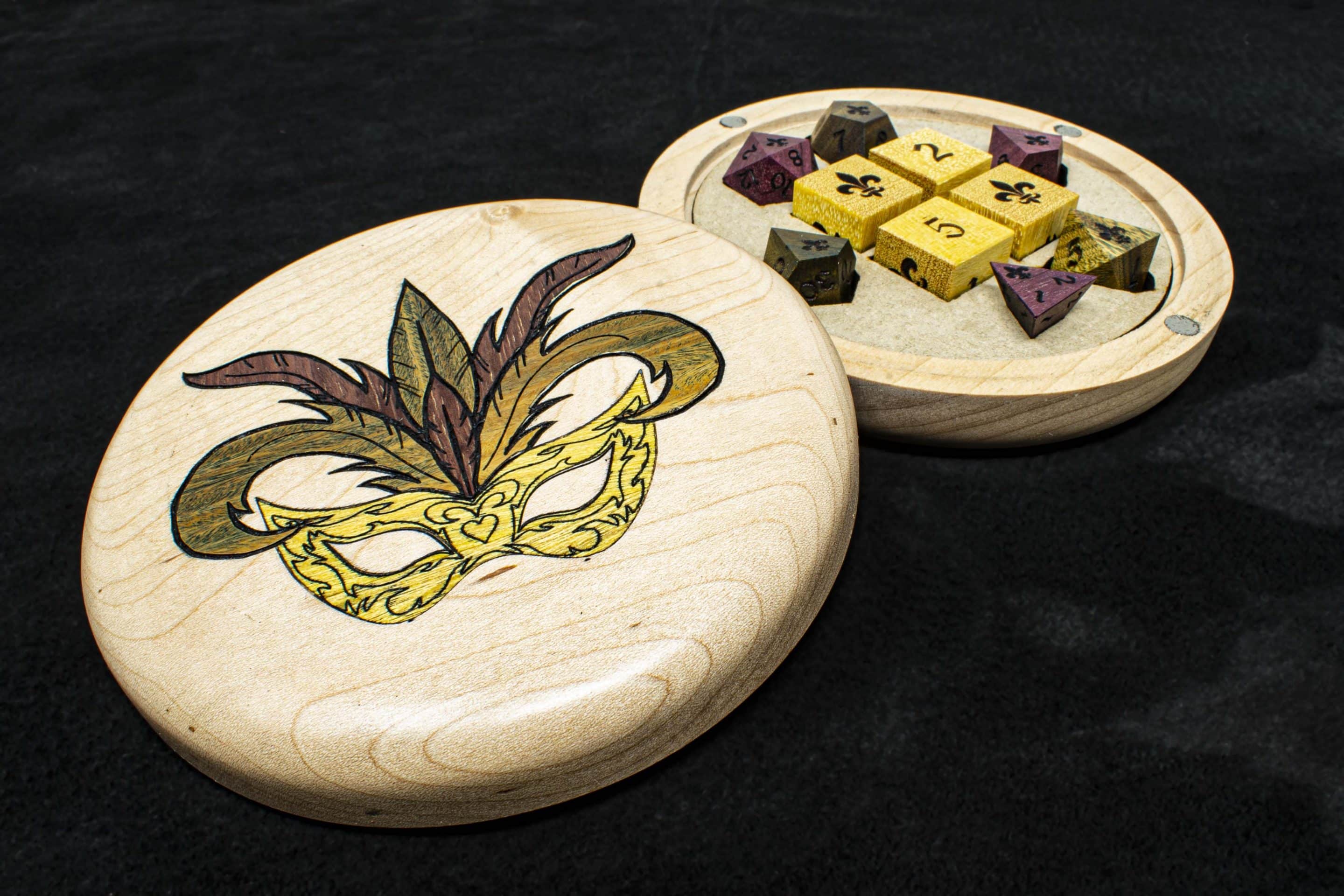 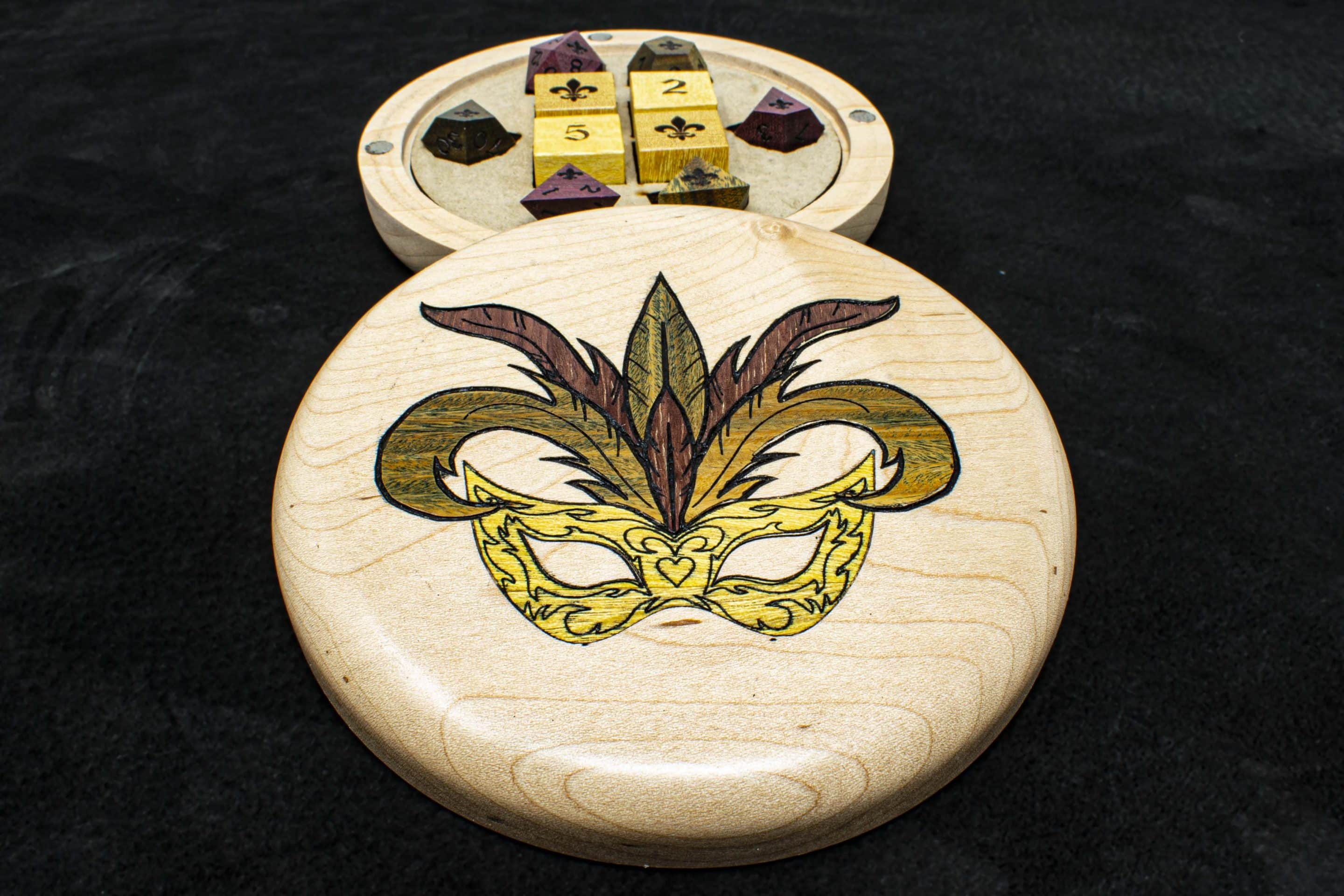