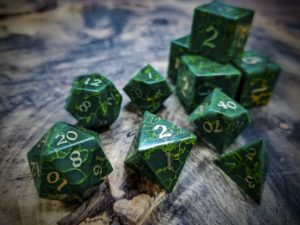 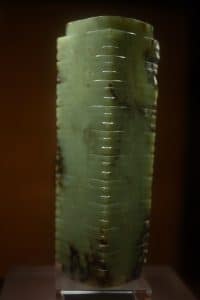 These particular dice, have been crafted from Jade and inlaid with Brass. Chinese craftsmen have crafted highly prized works of art from Jade for thousands of years. In fact the earliest known Chinese jade artifacts date to the Late Neolithic Era around 3300 BC. There are artifacts that predate even this as Jade was fashioned into tools by early man much like flint. A few hundred years ago, some of these master craftsmen in China recognized that Burmese Jade was different. It was harder, more dense, and produced a higher luster upon polishing. This Burmese Jade gradually became the preferred Jade of these Chinese artisans, and the type of Jade most highly prized by the Chinese people.

What those ancient craftsmen had discovered was the difference between jadeite and nephrite. Modern scientists wouldn’t catch up to this ancient wisdom until Alexis Damour, a French mineralogist, determined that Jade was in fact two different materials hundreds of years later in 1863. The term Jade has long been used interchangeably for these two different minerals, jadeite and nephrite and is still used interchangeably today.  Jade can vary in color from a pale green that is nearly white often called mutton fat, to a deep vibrant translucent green refereed to as Imperial Jade owing to it being the sole property of the Chinese Imperial Family for a time. Very rarely other color morphs can be seen as vivid reds and blues. 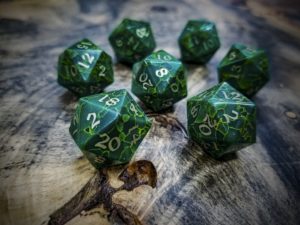