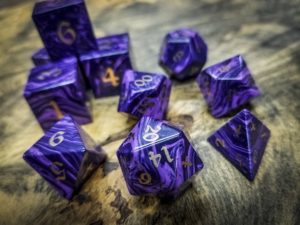 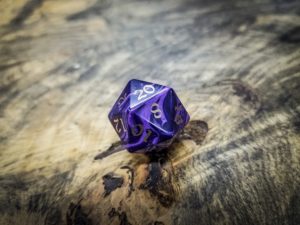 These particular dice, have been crafted from Charoite and inlaid with Bronze. Charoite is lavender to purple in color and forms in unusual swirly patterns. Also called Lilac Stone, Charoite is thought to have been discovered in 1940 along the Chara river in Siberia, but did not gain in popularity until the late 70’s. Charoite is found in massive formations in limestone deposits along with tinaksite and canasite formations. To say that Charoite is complex stone is an understatement. It is described a hydrated potassium, sodium, calcium, barium, strontium, and silicate hydroxyfluoride. Charoite is widely used in cabochon work as well as carved in to decorative objects. Thanks to the size of its natural formations Charoite is carved in to a variety of objects from small figurines to large urns like you can see below. 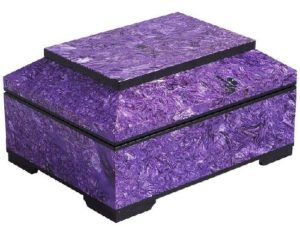