“You could leave life right now. Let that determine what you do and say and think.”

From the Latin memini meaning to remember, usually as a warning, and morior or to die, a Momento Mori in one form or another has held significance for many cultures, from Antiquity to the Digital Age.

Memento Mori is believed to have originated from an ancient Roman tradition. Triumphant military generals rode in ceremonial processions lasting a day or more. The victorious general riding in a horse drawn chariot, was idolized, viewed as divine by the subjects of Rome. Riding in the same chariot, standing just behind the worshipped general, was a slave who was to whisper in the general’s ear continuously, “Respice post te. Hominem te esse memento. Memento mori!”

“Look behind. Remember thou art mortal. Remember you must die!”

The Memento Mori, take many forms. Some are rings, or coins, or the skull kept on the Twitter Nuns desk, even entire churches decorated in the macabre, to celebrations dating as far back as ancient Egypt.

Over the years we have crafted dice from innumerable materials, one we’re most famous for is our Necromancer’s Line of Dice crafted from various animal bones and horns. Taking that to the next level, these macabre D20 are crafted from human bones sourced from retired skeletons once used in medical universities. Thus preserving these bones as a gaming inspired Memento Mori. Each dice has been inlaid with numbers crafted in Sterling Sliver. Each Memento Mori D20 rests securely within its own custom Reliquary gaming case.

Each Memento Mori D20 comes secured in its own Reliquary gaming case. In their traditional form, reliquaries most common use was to hold the relics of Saints, quite often this was a piece of bone. In that spirit, we have come full circle in creating our own true reliquary filled with a fragment of bone once used to glean hidden knowledge only ascertainable from the dead.

The Reliquary is crafted from beautiful Black Walnut and suede leather engraved with a unique Memento Mori image on its surface.

Each Reliquary also contains a certificate of authenticity for the Memento Mori D20 contained within and can be used as a padded dice rolling tray.

As you can see by the markings in the following image these bones were previously used for medical displays  spending long years aiding in the education of countless young healers, before being replaced with newer specimens. As such these Memento Mori dice not only serve as a reminder of mortality but they should also impart a +2 on all healing checks and cure spells, as they are steeped in medical lore. 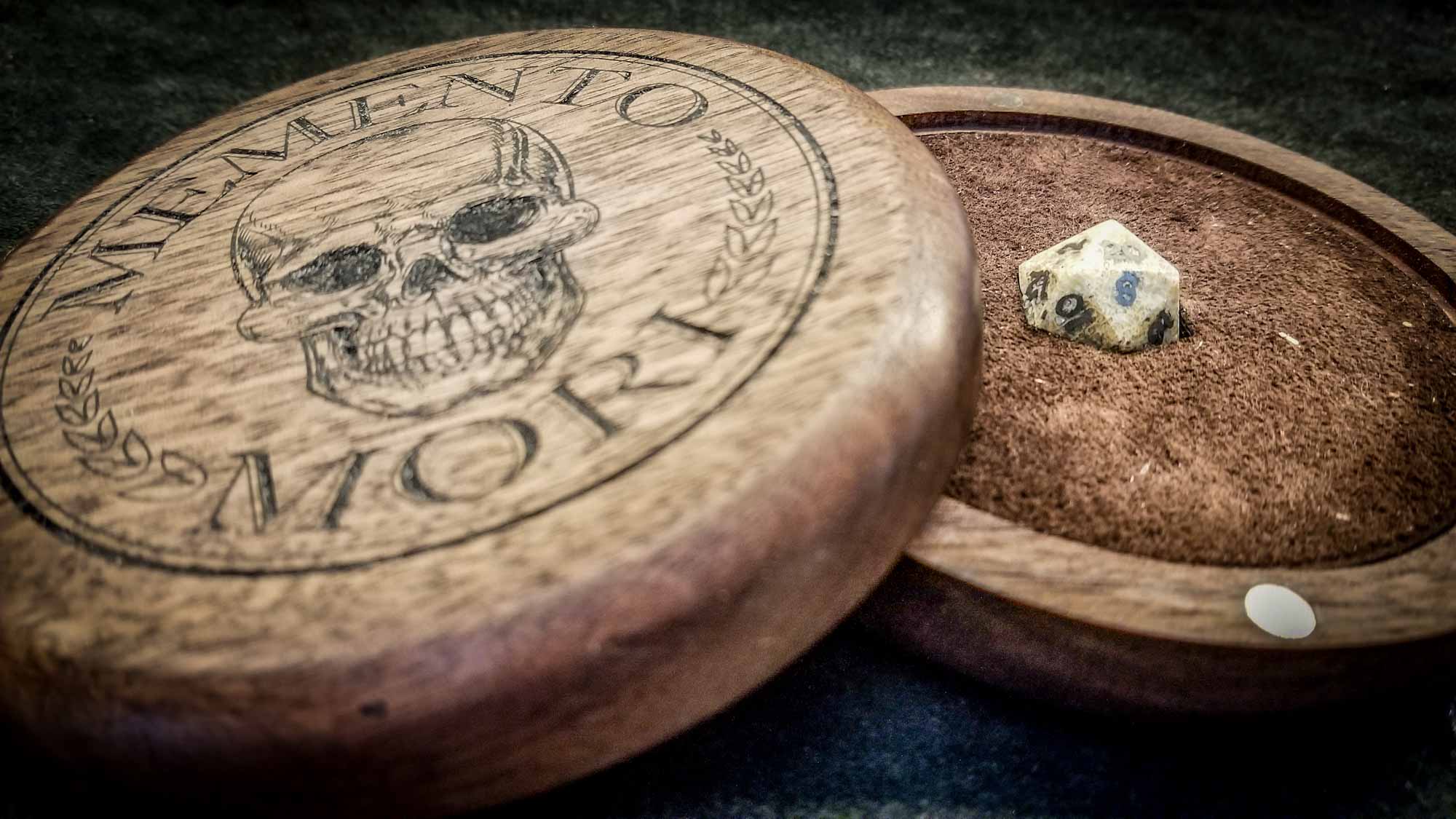 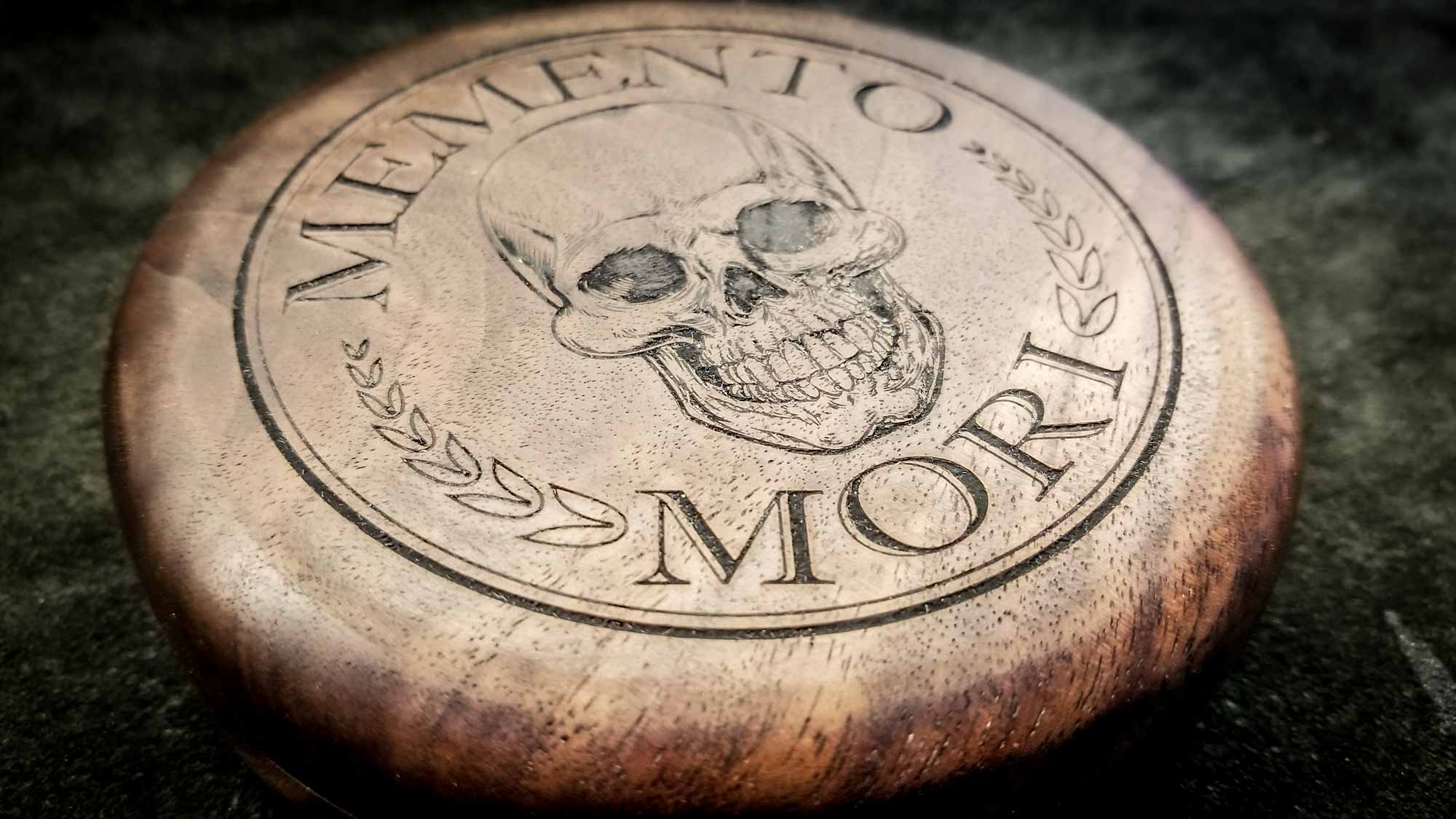 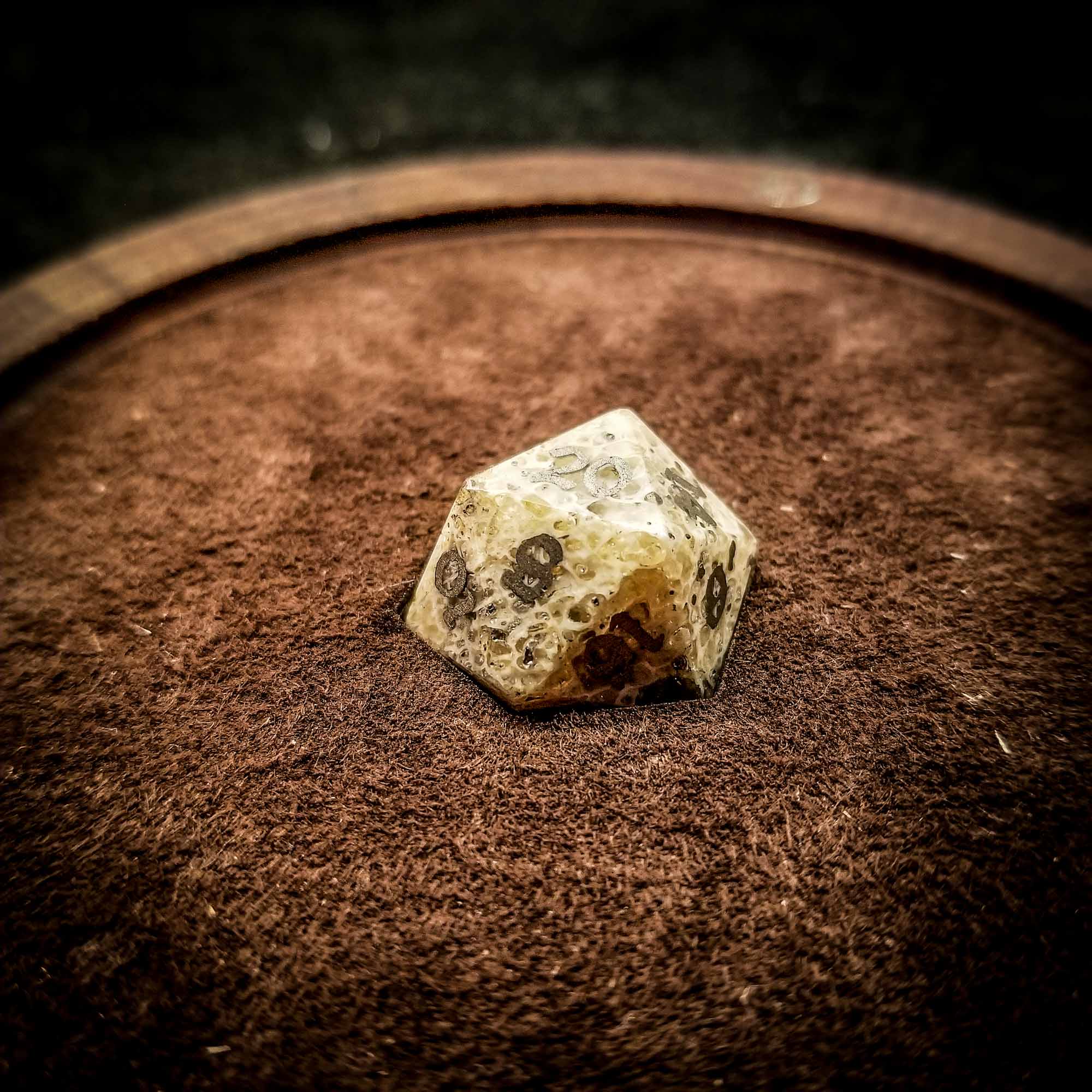 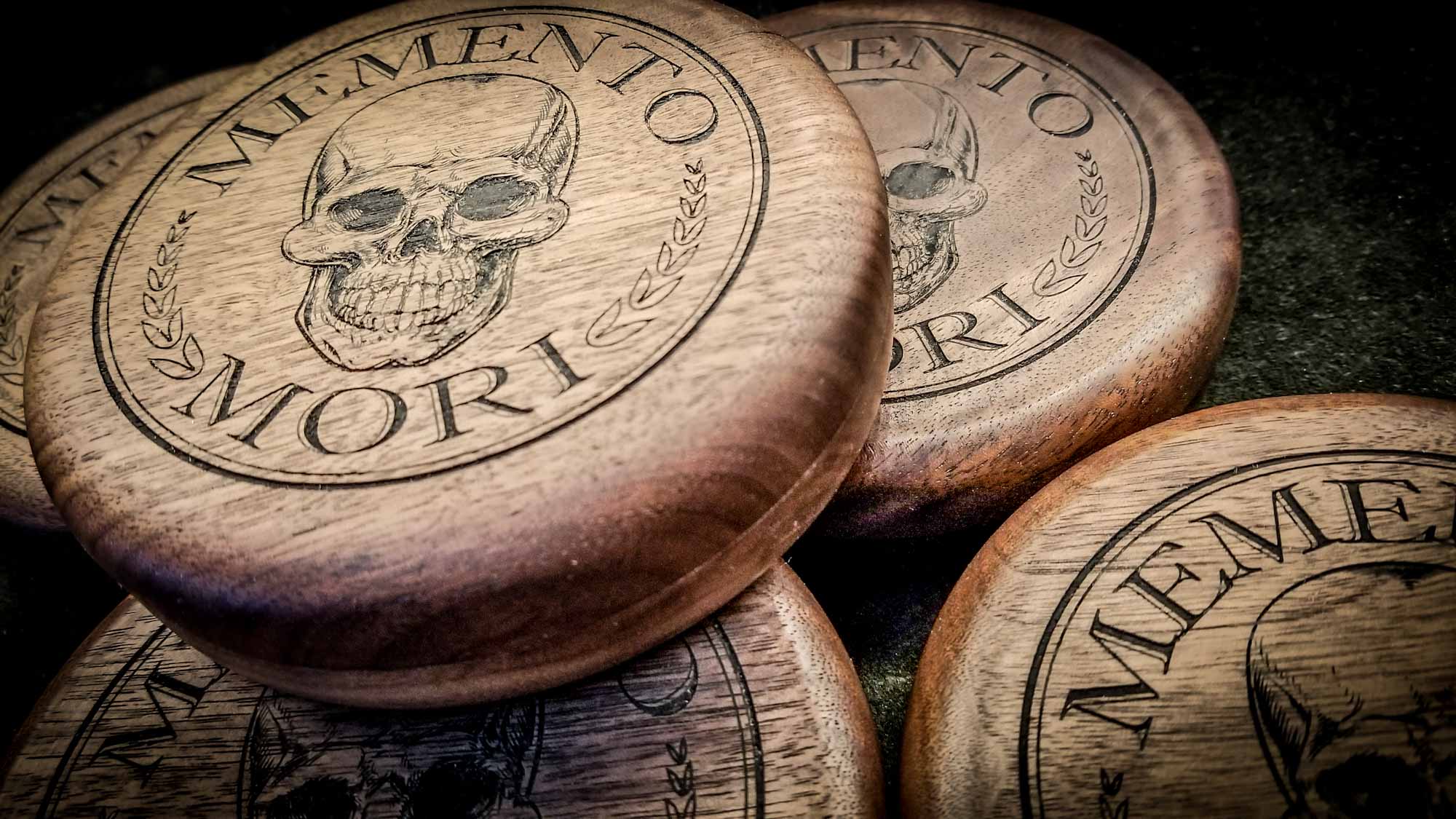 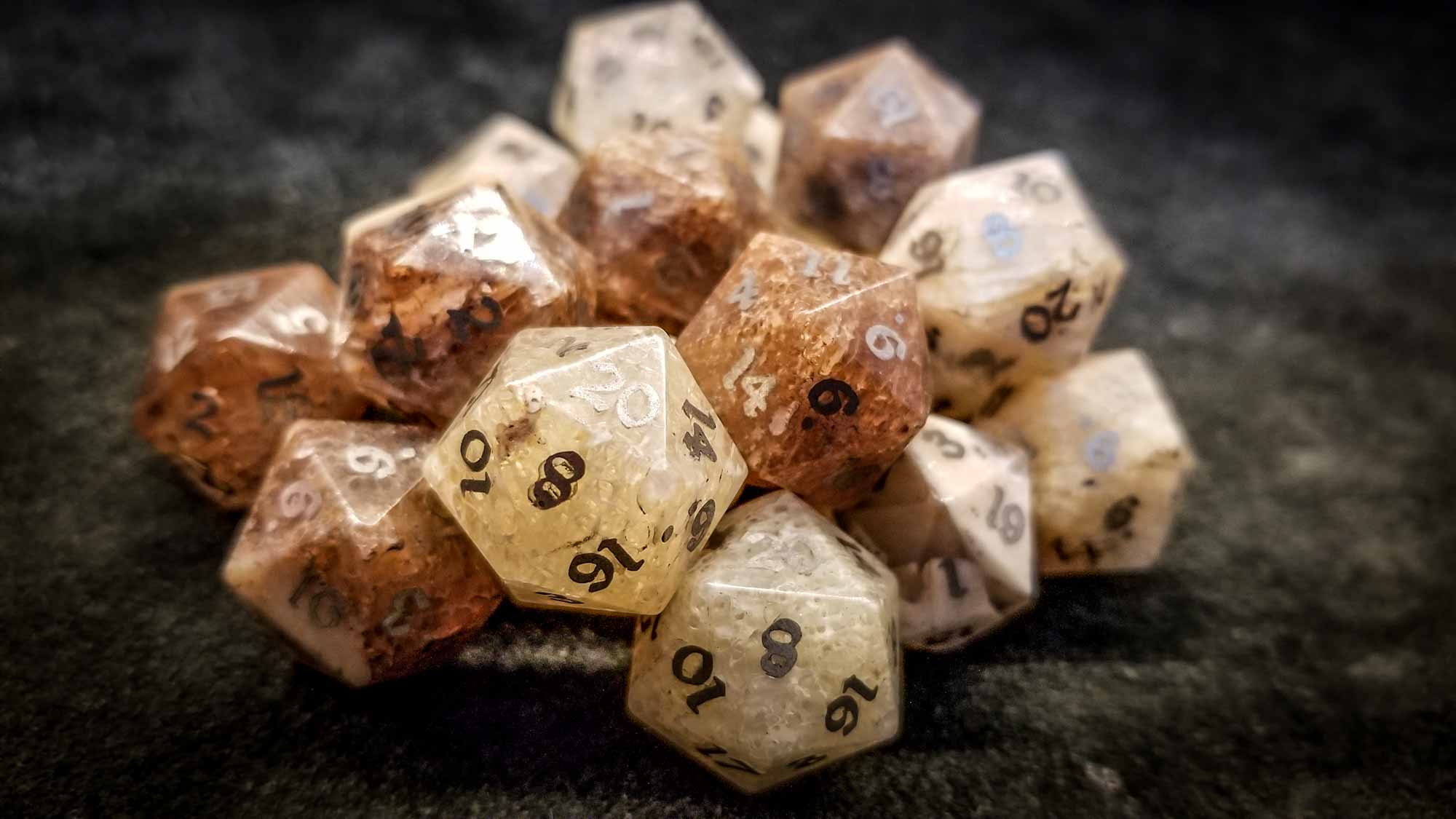 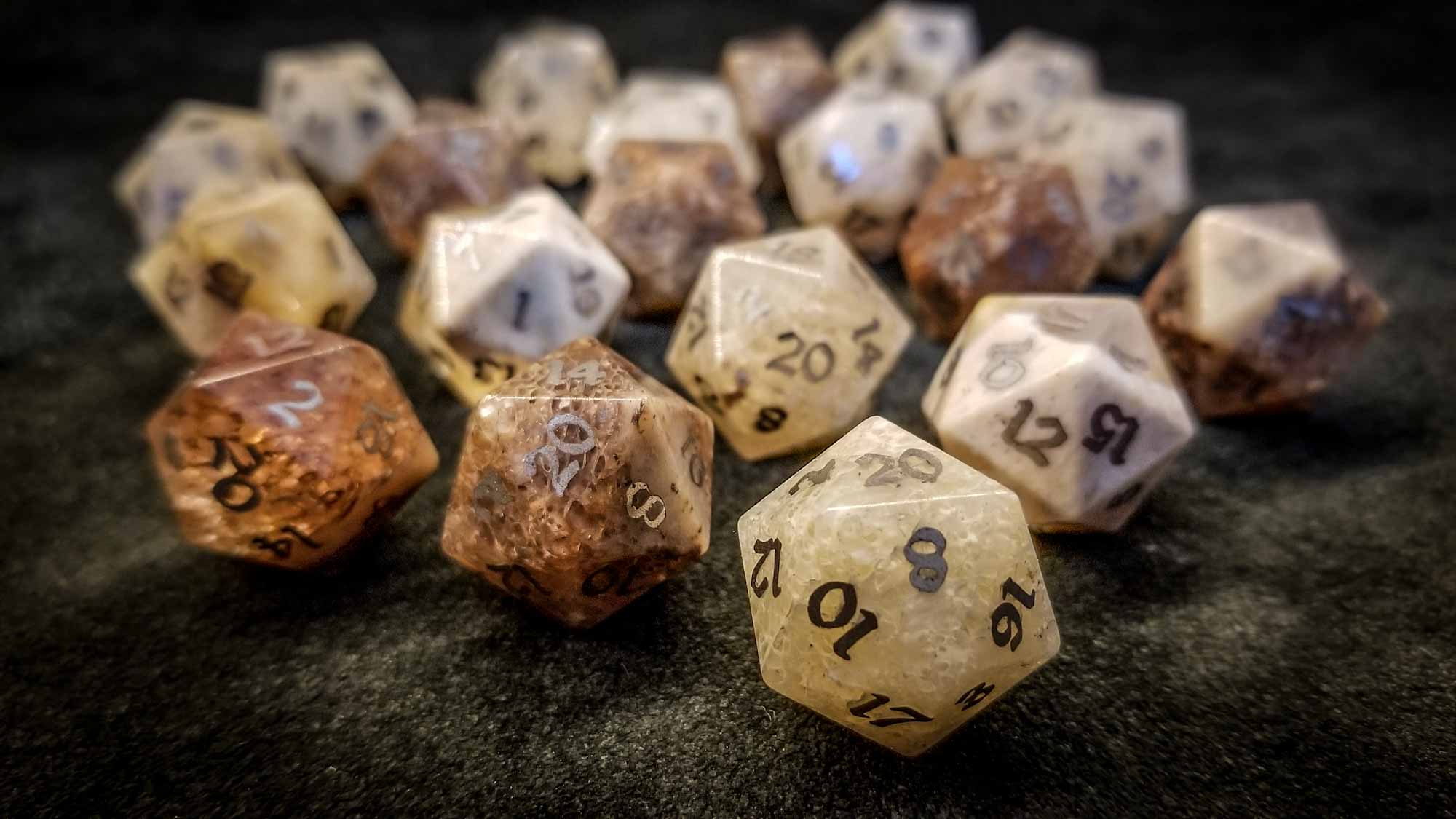 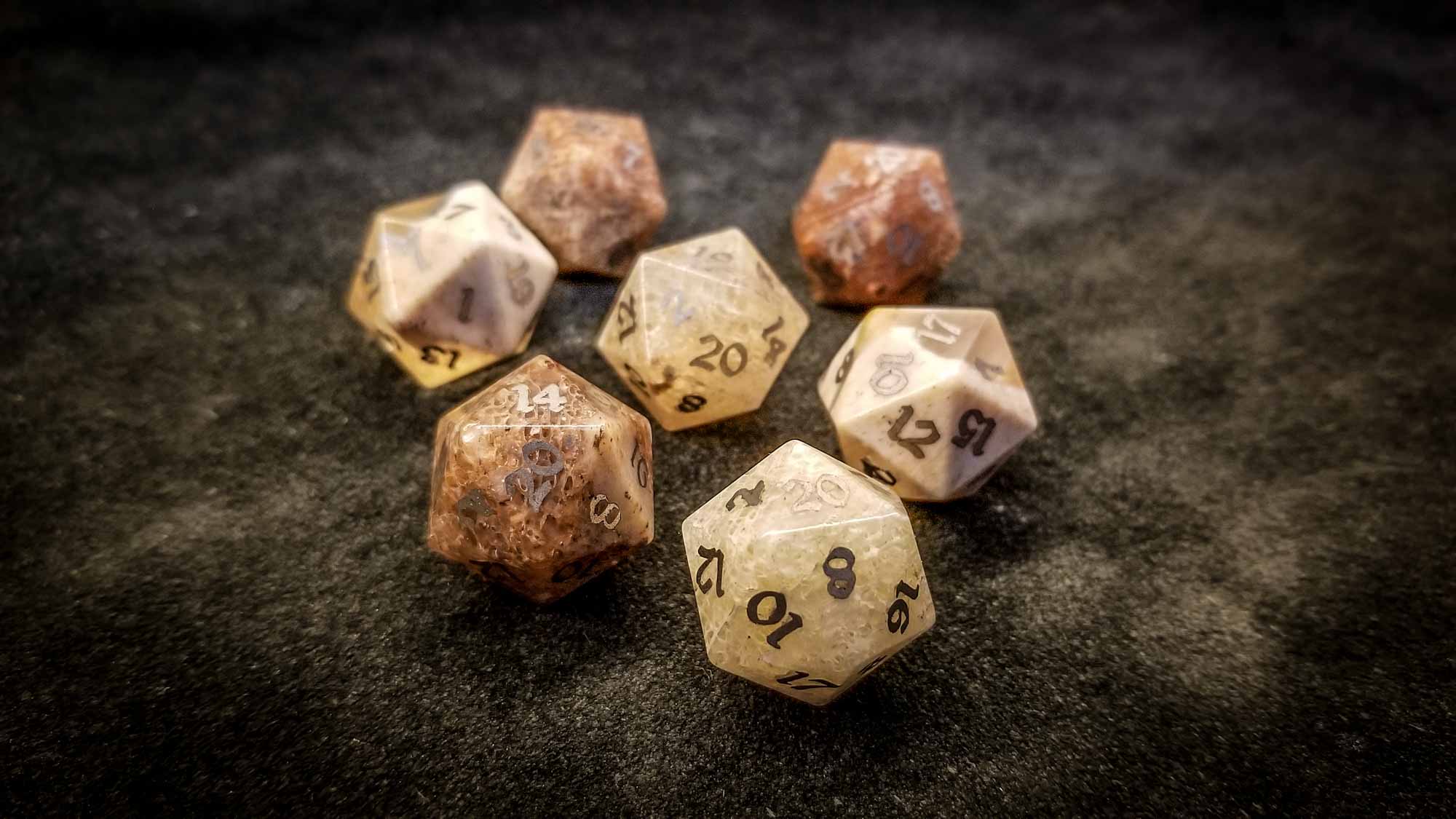 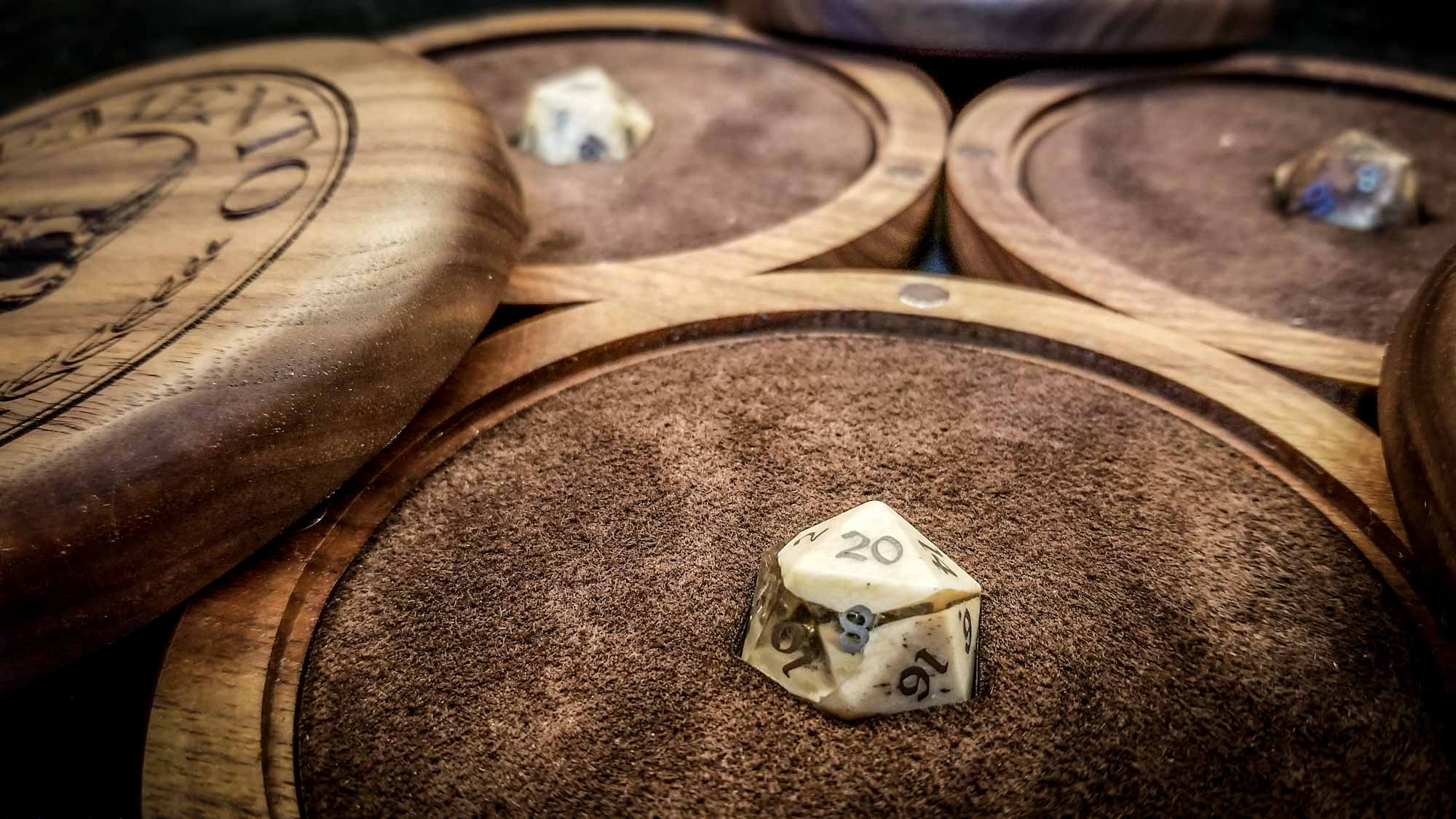 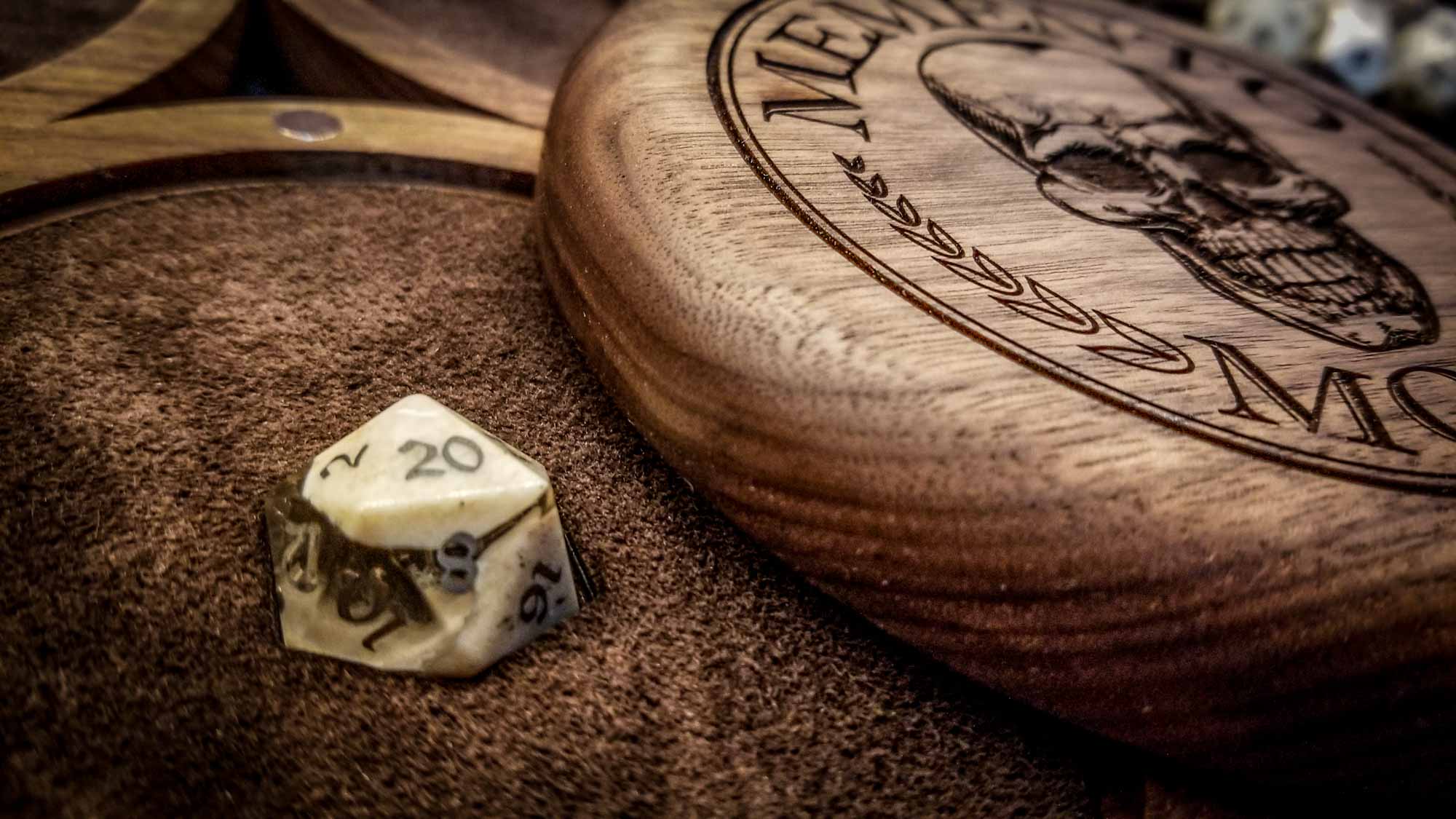 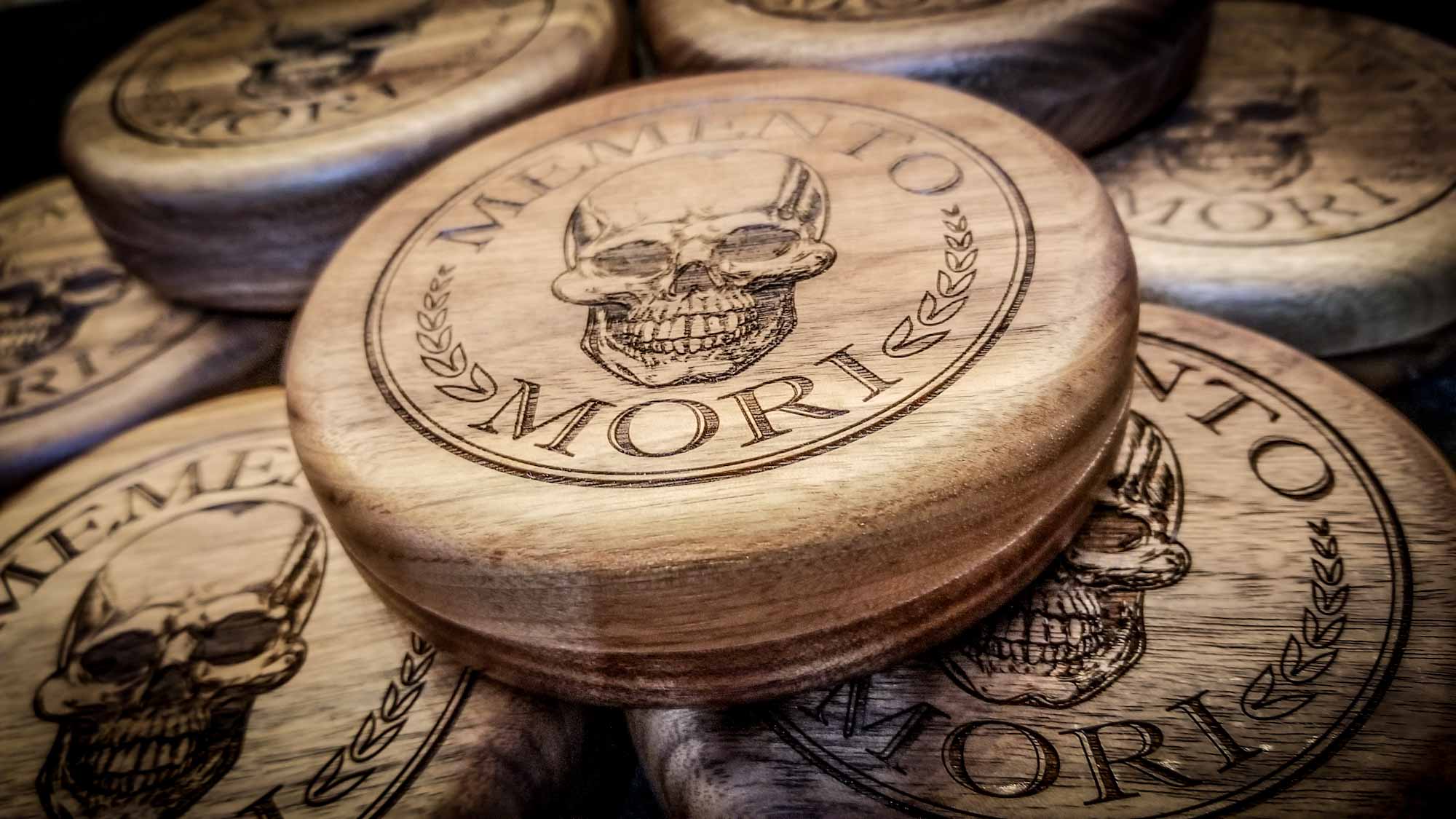 Due to state export and import laws, we are unable to ship Memento Mori dice to the following states: Georgia, Tennessee, and Louisiana.